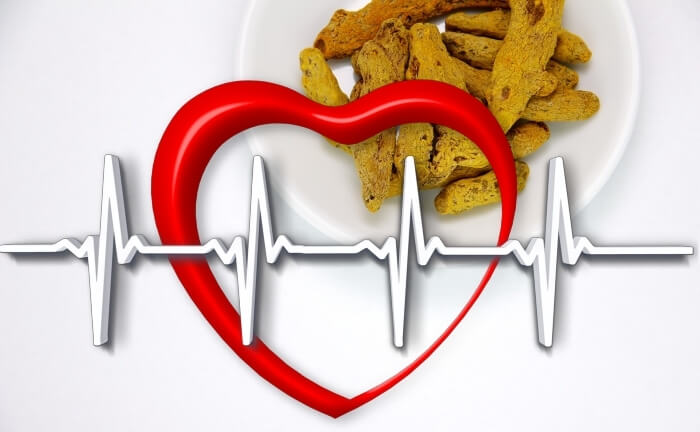 Turmeric is a spice that is widely used in the Indian cuisine as it has a very particular flavor, which makes the Indian curries extra special. This ingredient has excellent health benefits. It is not only an excellent natural antibiotic but is also very helpful in the treatment of infections. It also helps to prevent Alzheimer's and is very beneficial for the cardiovascular health of human beings.

Also Read: Amazing Nutritional Value of Turmeric: Offers a Wealth of Nutrients to Boost Your Health

Studies conducted on turmeric have demonstrated that its regular consumption can be as effective for the health of the heart as one hour of aerobic exercise. It is particularly remarkable in menopausal women, who at that age, usually have a precarious heart.

This study was based mainly on three groups of women who were under observation for eight weeks. The groups were divided into:

Women in the turmeric group consumed 150 mg of turmeric extract daily for eight weeks, which resulted in the intake of 25 mg of curcumin. In addition to that, their eating and physical activity habits were maintained and examined during the study.

During the weeks of observation, it was noted that the group that performed physical activities and the one that consumed turmeric showed an improvement in the endothelial cells after two months of treatment.

With this study, the researchers could conclude that the intake of turmeric or performing aerobic activity significantly improves endothelial function to the same extent in a human body. Likewise, the consumption of turmeric in postmenopausal women can prevent the deterioration of cardiovascular health by the passage of years.

Why Drinking a Glass of Turmeric Can Be Better Than Doing 60 Minutes of Exercise?

The health benefits of turmeric can be attributed to its primary active compound curcumin. Not only is it responsible for the yellow color of the spice, but it also has properties that can help boost the cardiovascular function, especially in postmenopausal women. Therefore, it is highly recommended that you consume one teaspoon of turmeric a day without default. You can add it to your smoothies, sprinkle it on your dishes or even drink it in a tea. As an alternative, you can also buy turmeric extract capsules and ingest them daily.

Let’s find out the different ways to consume turmeric for the excellent health of your heart!

How to Consume Turmeric?

Also Read: Turmeric is a Natural Beauty Booster, having Amazing Benefits for Skin

Turmeric is a very commonly used spice in countries like India. Its culinary use has spread throughout the world. But in recent years, turmeric has been gaining the attention of scientists, thanks to the discovery of its healing abilities. Turmeric is considered a superfood and it is a valued ingredient in Ayurvedic medicine. We have spoken on numerous occasions of turmeric, highlighting its impressive anti-inflammatory and antibiotic properties. This spice is usually included in all superfood lists as it also helps fight certain types of cancer and improve memory.

Therefore, consume this wonder spice daily to have a healthy heart!